How Peter Pan can help you charge what you’re worth

Entrepreneurs, myself included, often find it difficult to charge what we’re worth. When we start our businesses, we grossly underestimate the value of our services out of self-doubt caused by inexperience as a new business person. In these difficult economic times, we hear that dreaded two letter word a bit more than we would like; ‘no’. I don’t know about you, but the combination of people saying ‘no’ and stepping up from a micro-business to a successful profitable business can cause some serious self-doubt. As we grow in confidence and pride in our services, the doubt moves from internal to external. We doubt whether our customers will tolerate such an increase in prices.

Are you afraid to charge what you’re worth?

There are many reasons we might be afraid to charge what we’re worth, but self-doubt is at the root of them all. If you’ve positioned your pricing at the bottom tier of your industry when you’re providing just as good of a service, it’s time to acknowledge it’s time to make some changes. As long as your still proving more value to your customers than what you’re charging, everyone is happy. But that’s just the trouble, it’s not easy to have confidence in our pricing.

Characteristic of a Successful Entrepreneur: Self-Doubt

If you think that successful entrepreneurs don’t doubt themselves, you’re wrong. Doubt plays an important role in the decision making process. Doubt and his brother instinct can look very similar at times. Successful entrepreneurs are better at seeing the difference between doubt and a good old fashioned gut instinct warning them not to do something. When successful entrepreneurs take action, they don’t allow self-doubt to sabotage their efforts with hesitation. They act, move and don’t skip a step if they do fail.

So what does all of this have to do with Peter Pan? Sir J M Barrie was paid to write a play for the theatre. This is when he wrote the famous story “Peter Pan”, which had been an idea of his for some time. He doubted whether his play would be a commercial success, so he wrote a second play and presented them both to the person paying him. Instead of presenting his best work, he presented what he thought would sell. His error here was that he doubted that the public would pay what he felt “Peter Pan” was worth, so he also wrote a second rate play that he thought the public would prefer. Peter Pan was a financial success. The play where he cheapened his skills was a complete financial flop. Like Sir J M Barrie, you might have confident in your abilities and talents, but doubt whether consumers will appreciate them. He made incorrect assumptions about what theatre goers would want to pay to watch. People will always be willing to pay for quality. Focus on delivering quality and charge what you are worth.

Are your assumptions correct about what your customers truly think your services are worth? Do you think you should be earning more?

[Hey, I’m still working on getting comfortable with this one myself. I recently sent a customer satisfaction survey to separate fact from imagination. I’d love to hear how you feel about your prices. Leave your comments below] 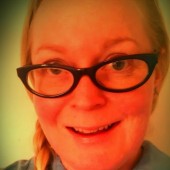 How to Change hyperlink colour in Powerpoint

How to delete an old Google My Business Listing

Linkedin Dos and Don’ts for business

﻿
We use cookies on our website to give you the most relevant experience by remembering your preferences and repeat visits. By clicking “Accept”, you consent to the use of ALL the cookies.
Cookie settingsACCEPT
Manage consent

This website uses cookies to improve your experience while you navigate through the website. Out of these, the cookies that are categorized as necessary are stored on your browser as they are essential for the working of basic functionalities of the website. We also use third-party cookies that help us analyze and understand how you use this website. These cookies will be stored in your browser only with your consent. You also have the option to opt-out of these cookies. But opting out of some of these cookies may affect your browsing experience.
Necessary Always Enabled

Any cookies that may not be particularly necessary for the website to function and is used specifically to collect user personal data via analytics, ads, other embedded contents are termed as non-necessary cookies. It is mandatory to procure user consent prior to running these cookies on your website.